Free Online Poker to be Offered by South Point Casino

Whilst regulations about bringing online poker into play are still continuing, South Point Casino has revealed that it has taken the step to offer consumers a free online poker website. Owner of the Las Vegas based casino and spa, Michael Gaughan, announced that the ZEN Entertainment Network would host the free to play website which is set to open in just a few weeks.

The revelation from Gaughan comes after Jamie Gold, main event champion of the 2006 World Series of Poker, opened his own FreeGoldPoker.com website on the ZEN Entertainment Network. Poker games themselves are completely free to play and come without a monthly fee, avoiding the concerns that currently plague the online poker industry. Meanwhile, the prizes offered are real cash, offering gamblers the chance to win something for nothing.

With its first incarnation dating back to 2006, ZEN Entertainment Network bought the National League of Poker in 2008 and has since partnered with names including NBCSports.com, World Wrestling Entertainment and Ultimate Fighting Championship. Meanwhile, 2010 saw the acquisition of SpadeClub.com which the network has successful developed into CardPlayerPoker.com.

Meanwhile, proposed regulations for the online poker industry continue to be drafted, with the Nevada Gaming Control Board already considering options for when the federal government allows a national legalization of online gambling, or offers states the option to develop intrastate websites. The stakes look good for Gaughan who, having an venue in Las Vegas itself, has already established his brand on the gambling map.

Whilst not being Caesars Palace or the Bellagio, South Point continues to be a popular venue for gaming. Having been bought outright by Gaughan in 2006 and having its South Coast name changed to South Point, it has shared the spotlight with other casinos occasionally. Since 2006 the venue has hosted the annual Jerry Lewis MDA Telethon, and it has also been host for High Stakes Poker and Poker After Dark. And whilst Gaughan is no doubt setting the groundwork for an online poker industry should proposed legalizations be successful, the opening of a free poker network will allow gamblers to start winning cash without any form of payment or membership. 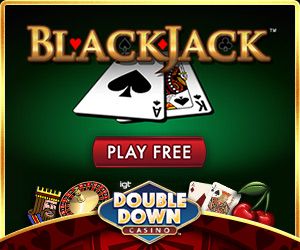